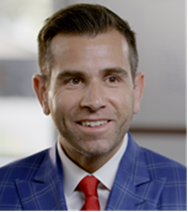 Big River Electric Corporation (BREC) and two developers, Community Energy and Geronimo, have executed power purchase agreements (PPA) to build a portfolio of solar assets totaling up to 260MW in western Kentucky. Community Energy will provide Big Rivers with up to 100MWs of energy located in Meade and McCracken Counties, and will be commercially available in early 2023. Geronimo will build 160MW facility located in Henderson/Webster County, and will be commercially available in early 2024.

According to Big Rivers President and CEO, Bob Berry, “Big Rivers is excited to add this renewable energy source to our portfolio for the sole benefit of our Member-Owners”, “this is another example of our commitment to provide safe, reliable and sustainable energy for our Members.”

Sunflower Electric Power Corporation (SEPC) and Lightsource BP have announced that Johnson Corner Solar Project entered commercial operation as of April 7th, 2020, and was constructed by Lightsource BP. Johnson Corner Solar Project is the result of NRCO and SEPC collaborating together to fully develop a shovel ready project. NRCO helped SEPC select the optimal site by scoring and ranking each potential site based on solar irradiance, impacts on LMPs, and grid impacts on harmonics and voltage control. Next, NRCO helped SEPC navigate the SPP Generation Interconnection Agreement (GIA) process by estimating and organizing costs, defining system impacts, and developing a timeline that fit the needs of SEPC’s. NRCO then led and managed the RFP, rebidding the process twice to allow participants to rebid after the Section 201 tariffs were known, allowing developers to submit their best offers. NRCO then worked with SEPC to sell the development to Lightsource BP and become the PPA off-taker. At 20MWac, Johnson Corner is currently the largest solar project constructed in Kansas, more than doubling Kansas’ current 14.1MW capacity.

The full SEPC/Lightsource BP press release can be found HERE

Old Dominion Electric Cooperative (ODEC) has increased its distributed solar portfolio to 15 projects, providing 60MWac of solar in Virginia, Maryland, and Delaware. The 15 projects are expected to be in service 2021, further diversifying ODEC’s generation portfolio.

NRCO originated the projects from a competitive RFP process, and NRCO advised ODEC during PPA negotiations.

A full press release can be found Here